What is a leader?

I was watching some cartoon shorts on the streaming service Disney+ when I came across a seemingly simple, yet thought provoking question:

What is a leader?

The question was posed by Forky, the talking spork, as part of the series ‘Forky Asks a Question’.

Now the answer provided was not particularly thought-provoking itself, which is consistent with a children’s series also covering such hard-hitting topics as “What is cheese?”.

Dolly, the doll and self-described leader of Bonnie’s toys, defines a leader as a person who takes charge and makes decisions for everyone.

Not the worst definition, but it doesn’t fully cover what a leader does. Making decisions is meaningless if others aren’t inspired to follow the decisions, or if the decisions don’t relate to a meaningful goal.

So, I searched around for a more thorough definition. I found, perhaps surprisingly for a concept that is used so often, that it’s actually hard to holistically define.

The best definition I found for my concept of leadership was from author Kevin Kruse in an article for Forbes. His definition for leadership is:

Leadership is a process of social influence, which maximizes the efforts of others, towards the achievement of a goal.

Kevin notes the following elements of his definition:

It’s interesting that such a wordy definition is required for this concept. I think it stems from the fact that so many people have misconceptions around what leadership is. Having the title of a leader doesn’t make someone a leader.

Being a leader is about actions and efforts, and how that inspires and encourages others to achieve something meaningful.

But try explaining that to a spork.

Daniel Glynn, CEO
Daniel Glynn is Squirrel's CEO. Daniel has a significant background in software development, having been the company's Head of Development before being handed the role by Squirrel's founder. "What I have is a passion for building great software and solving complex problems. That’s why I love working at Squirrel."
Recent Posts 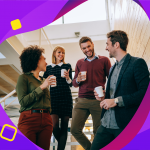 Increasing motivation… Can it be done?Management 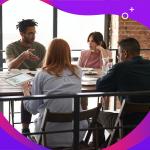 The value in ongoing training and development for every employeeManagement
This website uses cookies to help the website function, help us to understand how you interact with it, and provide the most relevant experience by remembering your preferences and repeat visits. By clicking “Accept”, you consent to the use of all cookies. You can manage cookies via the cookie settings.
RejectAccept
Manage consent