The secret to sustainable performance

I read an interesting article by Daniel on Motivation, and his description of the Unicorn Employee.

I have an interesting perspective on this based on my own experiences.

In a prior life, I founded and eventually sold a tremendously successful business – PayGlobal Ltd.  PayGlobal was the winner of many awards – twice Microsoft Company of the Year, a previous winner of New Zealand’s premier Technology Award, while also being in the top 50 fastest growing companies for 4 consecutive years.  This is something that I understand has not been repeated.

However, the business was flawed, as it suffered from a systemic motivation issue.

As with any start-up, the staff numbers grew from very little to well over 100 in New Zealand, Australia, Hong Kong and the UK.  As the founder my presence was ‘large’ and I spent a lot of my time sharing the vision for the company, about how we were going to ‘dominate the world’s payslips!’

I admit to spending much time on my presentations to the companies employees, making sure I was getting the messages across with passion and clarity; making sure there was a clear line of sight between what they were being asked to do each day and the goal of world domination.

I can quite happily say that I was good at that. I essentially was the salesperson of the company and its vision to my colleagues, many that had started when we were small and now in management positions of our now larger company.

But herein lies the flaw – the motivational flaw. There is nothing sustainable about an employee buying into ‘your’ or the company’s ‘vision’ unless it is completely congruent with their personal vision.  By being a good salesperson, I was able to easily get the management team to ignore their personal visions.

The trouble is personal visions cannot be ignored and resentment builds.  When we were small and I was working closely with a small team, the visions and goals I had as the leader were constantly reinforced.  This constant reinforcement enabled the ignoring of personal visions.

However, over time as we grew, I had less time to reinforce the messages, and management resentment grew as it became harder for them to be sold on my vision.  Over time, some began to realise they had their own visions and disenchantment grew.

It is hard to describe how destabilising it can be to a business when colleagues see managers, that were once evangelists, become less and less of a believer.  I think I can say with experience it is fatal to sustainable growth and I think the main reason why this company never achieved ‘world domination’.

So back to the comment in Daniel’s blog – I believe the answer is not the Unicorn Employee.  The answer is in selfish motivation.

When I employ new people in my current attempt at world domination, I make a very strong point to every new recruit.

Do not look to me to motivate you. You must only work here if it meets your selfish needs.

In our business it is my colleagues that motivate me, and that I believe is why this time we will all reach our goals, and that is one of the secret ingredients to sustainable performance – the only kind of performance metric that counts.

Donald Hastie
Donald Hastie is Squirrel's founder and CEO of the BlueSky group. With more than 30 years' experience developing industry-leading software, and having previously founded a multiple award-winning company in payroll and HR software solutions, we are lucky to gain an insight into his knowledge, thoughts and experience through this blog.
Recent Posts 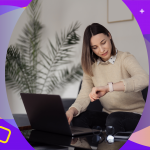 Working with your own rhythms to improve motivationLeadership, Management

The New Marketplace: The Answer to the Great Resignation.Management, Squirrel
This website uses cookies to help the website function, help us to understand how you interact with it, and provide the most relevant experience by remembering your preferences and repeat visits. By clicking “Accept”, you consent to the use of all cookies. You can manage cookies via the cookie settings.
RejectAccept
Manage consent